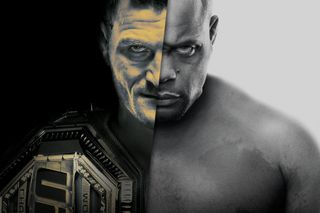 August is shaping up to be an extra hot month for MMA fans. Movie theaters across the country may be closed, but the end of a classic trilogy is coming from this heavyweight title rematch in UFC 252.

Stipe Miocic. Daniel Cormier. These two giants of the UFC will fight for the belt for the third straight year.

This gigantic UFC bout is another exclusive for ESPN’s streaming service, so we will all be watching UFC 252 PPV on ESPN+.

In the first meeting between these two giants, DC took the title from Miocic by knocking him out in the first round of their July 2018 fight. Then when they ran it back in 2019, Miocic got his revenge by knocking Cormier out in the fourth round and reclaiming the championship.

UFC 252 will be the rubber match, and both fighters will be hungry to prove a point. They both have been champions multiple times, so they both know how to defend or reclaim a title.

If you want to watch this grudge match, we’ve got all the details you need to get in now.

The Early Prelims come first at 6:15 p.m. Eastern, and the Prelims take over at 8 p.m. Both the Early Prelims and Prelims will air simultaneously on ESPN and ESPN+. Then, the Main Card will be on at 10 p.m. as a PPV via ESPN+. Miocic vs. Cormier 3 is the main event of the evening.

UFC events are shown exclusively on UFC Pay-Per-View on ESPN+. You’ll need both the regular ESPN+ subscription, which runs $4.99 a month, and to pay the cost for the UFC 252 Main Card. But if you don’t have ESPN+ yet, you can bundle things up with the fight and save a bunch.

There's only one way to watch UFC pay-per-view events — and that's on ESPN+. If you don't already have it, you can get the full ESPN+ subscription with UFC 252 and save big off the full cost of $110.