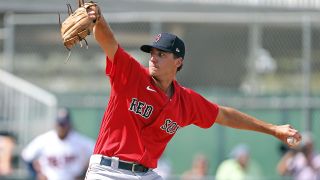 Today's Tampa Bay Rays and Boston Red Sox live stream will prove one thing, for sure: The Sox have got to find a way out of the divisional cellar.

We're 18 games (more or less) into the truncated COVID-19 season, with divisional play the name of the game. And going in to the Aug. 13 game in Boston — the final in this four-game series — the Rays have managed to keep the first-place Yankees within sight. The Sox, meanwhile, are looking up at everyone.

The game is scheduled for 4:30 p.m. Eastern and will be available on ESPN+.

ESPN+ is the streaming service from the sports network of the same name. In addition to exclusive shows you can't watch anywhere else, it also features a plethora of games that just can't fit on TV — and that includes today's Tampa Bay-Boston game. And for a truly epic deal, check out the ESPN+/Hulu/Disney+ bundle for just $12.99.View Deal

Right-hander Tyler Glasnow (0-1, 5.56 ERA) is looking to pick up his first win on the season. He'll be going up against Boston's Kyle Hart, who's making his major-league debut in this game. He had a 3.52 ERA in 2019 between his time with Double-A Portland and Triple-A Pawtucket.

How to watch Tampa Bay Rays vs. Boston Red Sox on ESPN+

Today's game in being streamed on ESPN+ — the online service from the eponymous sports network. It's available on every major hardware platform, including Roku, Apple TV, Android TV and the web.

ESPN+ runs just $5.99 a month, but if you're really serious about things you'll want to take a look at the epic bundle that gets you ESPN+, Hulu and Disney+ for just $12.99 a month.