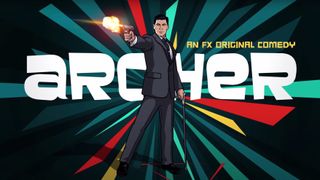 One of the best parts of Comic-Con is getting absolutely murdered by details about what's coming next for all of your favorite shows. You do your best to keep your head wrapped around the deluge of information, but, well... "you were drunk. It was Comic-Con". A lot went down!

This new format may have been missing all of the traditional SDCC shenanigans that we all crave, but it did make it easier to get all of our little information duckies in a row. We'll take silver linings where we can get 'em. Here's a glimpse at the best trailers we saw out of this year's Comic-Con@Home.

Season 2 of the Apple TV+ original takes us into 1983. The U.S. and the Soviet Union are still very much going at it, Ronald Regan is inspiring us to do ... things ... and the moon is an even bigger battleground than before.

And our astronauts now have guns.

Never mind the physics of firing on an orbiting body whose gravity is one-sixth that of Earth — if you loved the first season (and it's very much worth watching) and its alternate take on America in space — one that, ya know, includes women from the start — you'll definitely want to check out Season 2.

It'll be more along the lines of actual history than For All Mankind, but that's not to say there won't be all kinds of liberties taken with the writing. That's just how it is.

The question is whether this eight-episode series from Nat Geo can get anywhere close to the film gem that starred the likes of Ed Harris, Scott Glenn, Fred Ward and Dennis Quaid.

The second season of the series based on the beloved Philip Pullman novels takes us deeper into the fantasy world in which humans have literal spirit animals.

We get our first glimpse at the mysterious city of Cittàgaze as Lyra (Dafne Keen) follows her father, Lord Asriel (James McAvoy) into the unknown, Andrew Scott's John Parry looks to play a pivotal role, and Lin-Manuel Miranda's ballooning Lee Scoresby is back for more.

Phineas and Ferb The Movie: Candace Against the Universe (Disney+)

The stepbrother are at it again. But this time it's big sister Candace leading the action. She's been abducted by aliens and taken to a faraway planet that doesn't also house her pesky little brothers.

And she's just fine with that.

Gillian Flynn (Gone Girl, Sharp Objects) adapts the British series for the U.S. in which young comics fans discover that a conspiracy in which a scientist creates biological warfare as a means to create the perfect society ... is real.

Sort of the perfect series for today's conspiracies, right?

Nick Frost and Simon Pegg are back! And they're bringing Malcom McDowell along for the ride as paranormal investigators in search of the truth. Or what probably is the truth, anyway. Maybe.

What they uncover, though — not even the most conspiracy-driven among us could have seen that coming.

We got two teasers from the docu-series. First is one for the "Higher, Further, Faster" episode, which was directed by Gillian Jacobs and explores how Marvel Comics expands with stories of representation and inclusion. And then there's "Lost and Found," which takes a deeper look at some of the more obscure Marvel characters — some of whom are more household names today.

As you'd expect from Peele and Abrams (plus the novel), the series blends together all kinds of genres and takes some pretty strange turns, where racists aren't the only monsters waiting.

At long last, the world's worst best super spy is awake. Things have certainly changed a bit since he fell into a coma three seasons ago, leading to near-spinoffs in old-time Los Angeles, the Pacific islands, and in space.

Now? Archer is back in the spy business, but it's a kinder, gentler spy business. And much, more more dry.

The world's worst best super heroes return after an explosive (in more ways than one) first season. We've already seen the first 3 minutes of Season 2, and they're ... bloody.

And now we've got another look at The Deep, a whale, and a speedboat that Butcher isn't slowing down.

If you thought that Star Trek: Lower Decks was going to be another traditional Trek story with the same rules and tropes, just with different storyline, well. You're in for a treat here. Because not everyone can be blessed with a job on the bridge, or duties so important the fate of the ship or entire worlds depends on it.

Nope. This Trek is about ... the other crew members. The ones who just have to do the work and not win any awards for it. The ones who you never see.

Our first look at Damion and Ana Helstrom in the standalone series set in the greater Marvel Cinematic Universe. Each has their own attitude and kills as they hunt down the worst parts of humanity.