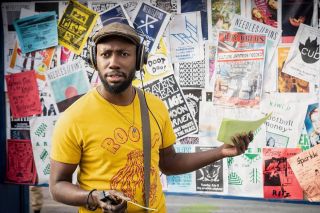 Hulu Original series Woke arrives on the streamer on Wednesday. The series is inspired by the life and work of artist Keith Knight, an African-American cartoonist on the verge of success before an incident changes everything.

Twelve new episodes of My Hero Academia arrive this week, and on Monday it’s The Golden Girl’s 35th Anniversary.

Beyond all the new stuff, Hulu is also still streaming The Killing of Breonna Taylor as well as a ton of other new content from last week.

Inspired by the life and work of artist Keith Knight, comedy series Woke takes an absurd look at identity and culture as it follows Keef, an African-American cartoonist finally on the verge of mainstream success when an unexpected incident changes everything. With a fresh outlook on the world around him, Keef must now navigate the new voices and ideas that confront and challenge him, all without setting aflame everything he’s already built.

Despite being born powerless into a super-powered world, Izuku refuses to give up on his dream of becoming a hero. He enrolls himself in a prestigious hero academy with a deadly entrance exam. To make the grade, he’ll have to put in some serious study time with the mightiest hero of all.

Mark your calendar!  It's been 35 years since the world was introduced to four new & fabulous "friends."

The Killing of Breonna Taylor

On a Thursday night in March, Breonna Taylor fell asleep in bed next to her boyfriend. "The last thing she said was, 'Turn off the TV,'" her boyfriend recalls in an exclusive interview. "The next thing I remember is a loud bang at the door." A New York Times investigation examines what happened at 3003 Springfield Drive in Louisville, Kentucky, just after midnight on March 13, when police executed a warrant that resulted in the death of Breonna Taylor, an incident that has provoked outrage around the world.