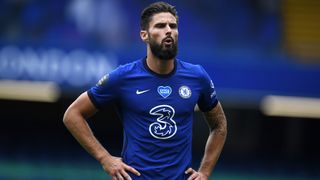 Arsenal and Chelsea play in the FA Cup final today, to find out which is the best team in all of England. It'll also determine a place in the UEFA Europa League as well as the FA Community Shield.

So, yeah. It's kind of a big deal. (It also has nothing to do with Liverpool having already won the Premier League.) The FA Cup is a competition that comprises the top teams from the Premier League on down to Level 10 of the English football system — theoretically meaning that a Cinderella non-league team could take down a top-flight squad. In reality, though, only a single non-league team has ever made it to the quarterfinals, and no one below Level 2 has ever reached the finals.

That brings us back to the two finalists, both of which are from the Premier League.

Chelsea — which finished fourth in the Premier League tables — reached the finals after a 3-1 win over fellow Premier League team Manchester United on July 19, behind goals from Olivier Giroud, Mason Mount and Harry Maguire. It took down Leicester City 1-0 in the quarterfinals thanks to a Ross Barkley goal in the 63rd minute, and dispatched Liverpool 2-0 on March 3, before the COVID break.

Arsenal, meanwhile, finished its Premier League season in eighth, 10 points back from Chelsea. The Gunners took out Man City 2-0 in the semifinals on July 17 with a pair of goals from Pierre-Emerick Aubameyang. The quarterfinals against Sheffield United (which was 2 points back in the Premier League) was a squeaker, with Dani Ceballos scoring the winning goal a minute into stoppage time.

Saturday's game will be played like the others in a post-pandemic world — without fans in the stands. Family and friends of the players won't be allowed in either.

It'll also be the first meeting of the two teams since a 2-2 Premier League draw back on Jan. 21. They last met in an FA Cup final in 2017, which saw Arsenal win its record 13th championship. It followed that up the same year with a 4-1 Community Shield victory. The two teams met again in their first Euro final, with Chelsea winning that Europa League championships 4-1.

How to watch the Arsenal and Chelsea in the United States

The FA Cup championship game between Arsenal and Chelsea will be available on ESPN+ at 12:30 p.m. Eastern time. (That's 9:30 a.m. on the West Coast.)

ESPN+ is the dedicated streaming service from the eponymous sports network. And it's quite good, available on every major platform, including Roku, Fire TV, Apple TV, Android TV, iOS and Android phones and tablets, and web browsers. So there's basically no excuse for not being able to watch this game.

ESPN+ runs $4.99 a month, but now is a great time to consider upgrading to the ESPN+/Hulu/Disney+ bundle as well.

How to watch the FA Cup final in the UK

Not that you need an American to tell you how to do it, but if you want to watch the FA Cup final between Arsenal and Chelsea and you're going to want to do so on BBC One and BT Sport 1.

That broadcast will start at 17:30 local time.