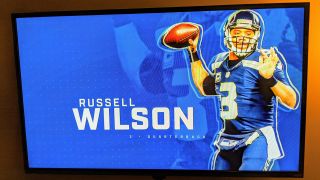 Can the Cowboys slow down a red hot start by Russell Wilson? (Image credit: Future)

Fox NFL Sunday is ready to fill Sunday afternoons with pro football action this fall. Fox NFL Sunday schedule is traditionally filled with home games from NFC team cities, but in recent years the rules on broadcasts have become more flexible. Also Fox takes turns offering a double header of football, so many weeks they’ll broadcast two games back to back Sunday afternoons.

Football fans often see their favorite local team as part of Fox NFL Sunday, and many of those fans will watch it online. Here's how to watch Fox NFL Sunday online, with this week’s game of Dallas Cowboys vs. Seattle Seahawks live stream.

How to watch Fox NFL Sunday live stream in the U.S.

The 2020 Fox NFL Sunday season will be available on local Fox stations in the U.S. You can watch Fox online with the five largest live TV streaming services.

Sling TV’s Blue Plan offers the lowest regular price among the live streaming services, and it includes live Fox stations in many local markets for only $20 the first month. Just be careful because the Orange Plan doesn’t come with Fox.

Fubo TV has a strong focus on sports, and includes the Fox local stations so you can watch Fox NFL Sunday every Sunday afternoon. Fubo also has everything you need to watch all the NFL local and prime time broadcasts each week for only $55.

AT&T TV Now includes Fox stations, with Fox NFL Sunday, on all of their plans starting with the $55 Access plan. Hulu with Live TV and some of the other services offer a variety of free trials, and it includes Fox as well.

The Dallas Cowboys (1-1) got their first win of the season last week in a thrilling comeback that looked impossible. The Atlanta Falcons led the Cowboys 29-10 at halftime. Then in the second half, Cowboys’ quarterback Dak Prescott scored four touchdowns and the Cowboys won on a field goal as time expired. They shouldn’t count on scoring so easily against the Seahawks, who have a consistently stingy defense, but the Cowboys have a top three passing game in the league so far.

The Seattle Seahawks (2-0) won in an equally exciting way, as their game against the New England Patriots came down to the last play. The lead had switched back and forth between the two teams a few times, but the Seahawks were ahead by five points with just three seconds left in the game. New England had the ball on the Seattle 1-yard line, and were hoping to score on a Cam Newton quarterback run.

But the Seahawks' Bobby Wagnor managed to blow up the original offensive play, filling the gap and taking out the lead blocker. Then  L.J. Collier finished the game by tackling Newton. The Seahawks are hoping they have a much easier time with the Cowboys.

How to watch NFL Sunday live stream in the United Kingdom