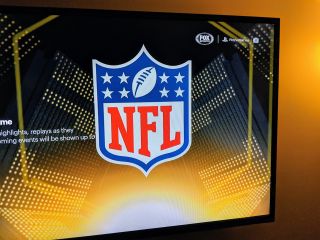 The NFL on CBS brings fantastic football action to fans on Sunday afternoon all season long. The NFL on CBS schedule is traditionally filled with home games from AFC team cities, but in recent years the rules on broadcasts have become more flexible. Also CBS takes turns offering a double header of football, so many weeks they’ll broadcast two games back to back Sunday afternoons.

Football fans often see their favorite local team as part of the NFL on CBS, and many of those fans will watch it online. Here's how to watch the NFL on CBS online, with this week’s game of Las Vegas Raiders vs. New England Patriots live stream, including with a free trial of CBS All Access.

How to watch the NFL on CBS live stream in the U.S.

The 2020 NFL on CBS season will be available on local CBS stations in the U.S. You can watch CBS online with CBS All Access, as well as on four of the largest live TV streaming services.

CBS All Access is the network’s dedicated streaming services, and it is growing fast beyond just CBS shows. It features live CBS Sports feeds from your local station, including the NFL on CBS Sunday afternoons. The service also has on demand access to shows from CBS, Nickelodeon, Comedy Central, MTV and more ViacomCBS networks, along with movies from Paramount studios. You can get CBS All Access starting at $6 a month after a one week free trial.

Fubo TV has a strong focus on sports, and includes the CBS local stations so you can watch the NFL on CBS every Sunday afternoon. Fubo also has everything you need to watch all the NFL local and prime time broadcasts each week for only $55.

AT&T TV Now includes CBS stations, with NFL on CBS, on all of their plans starting with the $55 Access plan. Hulu with Live TV and some of the other services offer a variety of free trials, and it includes CBS as well.

Watch the NFL on CBS live stream while you’re traveling

The NFL on CBS — Week 3 Raiders vs. Patriots Preview

The Las Vegas Raiders (2-0) opened their 2020 season with back to back win, and they’re doing it mainly with offense. The team scored 34 points in both of their first two games, led by quarterback Derek Carr’s four passing touchdowns and runner Josh Jacobs’ three rushing touchdowns.

The Raiders defense could use some adjustments, allowing 54 points in two games. However, they’ve played two teams known for scoring in bunches, so let’s see if their defensive struggles continue against Cam and the Patriots.

The New England Patriots (1-1) could just as easily be 2-0 because they lost a thriller of a game Sunday Night against Seattle. The game came down to one final play from the goal line, with the Patriots trailing but ready to score with one play to go.

Quarterback Cam Newton kept the ball on a run, but L.J. Collier finished the game by tackling him after Bobby Wagner had blown up the original offensive play. Still the new look Patriots are better than some expected them to be, so this game should be exciting and evenly matched.

How to watch NFL Sunday live stream in the United Kingdom