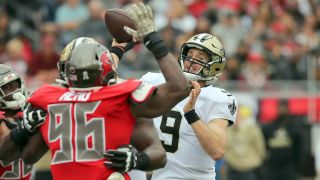 Monday Night Football  — the show as well as the game each week —  is special. From the first game back in 1970, this game has been about flash and attention. Some of the biggest moments in NFL history are remembered because everyone was watching together. Sports fans far and wide want to see every Monday Night game, and many of those fans will watch it online.

How to watch Monday Night Football live stream in the U.S.

The 2020 Monday Night Football season will be available on ESPN in the U.S. You can watch ESPN online on five of the largest live TV streaming services.

Hulu with Live TV and some of the other services offer a variety of free trials, and it includes ESPN. Hulu also has tons of other live sports channels to watch a full Sunday of NFL action, along with other popular sports. (See all Hulu with Live TV channels.)

Sling TV’s Orange Plan offers the lowest regular price among the live streaming services, and it includes live ESPN stations in many local markets. Just be careful because the Blue Plan doesn’t come with ESPN. (See all Sling TV channels.)

YouTube TV is the best recommended option for fans who want to see every NFL game. The service has all the broadcast networks plus ESPN and NFL Network, and now offers NFL RedZone for an additional cost. (See all YouTube TV channels.)

AT&T TV Now includes ESPN, with Monday Night Football, on all of their plans starting with the $55 Access plan.

If you are OK with watching games only on your mobile devices, you can see Monday Night Football games for free in the U.S. in apps made by the NFL and Yahoo! The official NFL app, the official NFL team apps, the Yahoo! Fantasy app and even the Yahoo! Mail app will have local live streams of nationally televised games. These live streams will only work on your smartphones and some tablets, so don’t expect to watch them on your smart TVs.

The New Orleans Saints (1-0) had a strong start in a marquee game in week one, and they are in the spotlight again in a week two prime time slot. Drew Brees and the Saints got a lot of attention playing against Tom Brady in his debut with the Tampa Bay Buccaneers. In the end, the star of the game was Saints running back Alvin Kamara.

Kamara grabbed two touchdowns in the game, with one rushing and one receiving. Tight End Jared Cook should get a lot of looks from Brees against the Raiders, as he racked up 80 yards on five catches last week. The Saints are the favorites in this game, and the darlings of fantasy football players.

The Las Vegas Raiders (1-0) are in a new home but they have the same old rough Raiders attitude. They took that to heart last week and managed to “Just win, baby!” That win was on the back of running back Josh Jacobs, who was good for three rushing touchdowns including the winning score with just four minutes left in the game.

On defense, Johnathan Abram was a tackle machine, earning 13 total tackles against the Panthers in week one. The Raiders are opening up their new home, Allegiant Stadium, for the first time ever so expect them to give their all to win this one.

How to watch Monday Night Football live stream in Canada

In Canada, 2020 NFL games are available on the TSN networks. Coverage is spread out over TSN, CTV and the TSN app. Monday Night Football, including this week’s game Saints vs. Raiders will be on TSN.

TSN is available live streaming online as part of TSN Direct. This service allows viewers to pay for an online pass to watch all the great sports from the TSN stations without needing a cable package. You can get a day pass for $5, a month pass for $20, or a six month pass for $100. If you get a TSN Direct Pass, you can watch the New Orleans Saints vs. Las Vegas Raiders live stream this week.

Are you ready for some football highlights? You can skip the pregame show and get one of the best highlight shows of all time streaming commercial-free. NFL Primetime with Chris Berman joined this year by Booger McFarland, and available on ESPN+. You can catch it starting at 7:30 p.m. Eastern, and it'll be updated following the Sunday night and Monday night games.

ESPN+ is the standalone sports streaming service from ESPN. It offers sports fans tons of exclusive extra live sports, shows, and documentaries. You can't get most of this sports content anywhere else, because these games aren't on cable or Live TV streaming services. ESPN+ costs $5.99 a month or $49.99 a year, and it is easy to start or stop your subscription if you'd like. Plus you can easily watch ESPN+ on your TV or streaming devices.

And if you're really serious about great content, check out the epic bundle that includes ESPN+, Hulu and Disney+. You get all three of those services for just $12.99 a month — essentially giving you three services for the price of two.

You can also stream Monday Night Football in the ESPN app. The ESPN app is available on Android phones and tablets, iPhones, iPads and Fire Tablets as well as on your TV using Apple TV, Android TV, Chromecast, Fire TV, and Roku. You will need to have a login and password for a subscription service that includes ESPN in order to stream live NFL games in the app. So make sure you have your information handy from one of the live TV streaming services listed above.

Monday Night Football means exciting matchups under the lights, but you don't have to miss out just because you can't stay glued to your TV. You can still tune in to MNF play by play on the go with SiriusXM .

The SiriusXM broadcasts of all NFL games, including Monday Night Football, begin on NFL Radio. They also have NFL talk and analysis from big NFL broadcasters including Bob Papa and Charlie Weis . NFL Radio is available in your vehicle, or streaming to your mobile devices on channel SXM 88. Individual game channels can be found on the SiriusXM NFL game schedule