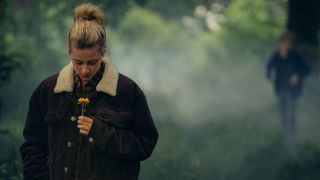 Nothing says August 2020 on Amazon Prime Video like a good love story. (At least that's our story, and we're sticking to it.) And to that end this August we get the Amazon Original Chemical Hearts.

This one's maybe not going to be an upper. Henry's never been in love. But then he meets Grace, and all that starts to change.

The question is whether it's the real Grace, or if it's just a part of her, and there's some other secret side that's yet to reveal herself.

And more of an insane note, check out Inside The Boys, a new aftershow that's taking a look back at Season 1 of The Boys as we get ready for Season 2 in September.

All that and more — peep the full list below.

Here are the Amazon Originals headed our way in August 2020:

Jessy and Nessy is a series about Jessy, an innately curious little girl and her best friend, Nessy, a five-and-a-half-thousand-year-old purple sea monster. Jessy happens to see the world a little differently through her magical glasses called ‘Inspectacles’. Together this unlikely duo explore life’s curiosities and reveal how all of these seemingly everyday curiosities have fantastical answers. New episodes streaming August 7

From the creator of Survivor and hosted by Bear Grylls, World’s Toughest Race: Eco-Challenge Fiji tells the story of the ultimate expedition race, in which 66 teams from 30 countries race non-stop for 11 days across hundreds of miles of rugged Fijian terrain complete with mountains, jungles, rivers, and ocean. For the veteran teams the goal is to win – but for most, the dream is to finish and prove to themselves and the world, that they can prevail in the World’s Toughest Race. Streaming August 14

Chemical Hearts follows seventeen-year-old Henry Page (Austin Abrams) who has never been in love. He fancies himself a romantic, but the kind of once-in-a-lifetime love he’s been hoping for just hasn’t happened yet. Then, on the first day of senior year, he meets transfer student Grace Town (Lili Reinhart) and it seems all that is about to change. When Grace and Henry are chosen to co-edit the school paper, he is immediately drawn to the mysterious newcomer. As he learns the heartbreaking secret that has changed her life, he finds himself falling in love with her — or at least the person he thinks she is. Available in HDR. Streaming August 21

More adventures are in store in Clifford The Big Red Dog as Emily Elizabeth and Clifford embark on an expedition for a lucky coin, open a pet daycare, and walk the entire island backwards! From leading baby sea turtles safely to the ocean to singing a rock ballad on their mission to the Moon, the friends learn that looking at life from a different perspective can help save the day and that change isn’t always scary. New episodes streaming  August 21

Prime Rewind: Inside The Boys is an aftershow that brings fans inside the making of The Boys and gives them a safe space to freak the &@#$ out about what they just saw. Each week host Aisha Tyler is joined by cast, crew, and surprise guests to take a deep-dive look into the latest episode, dissecting the plot twists, basking in the spectacular gore, exploring the themes and comic book origins, and getting to know more about the (clearly disturbed) people behind the show. Fans will also get exclusive teasers and hints on upcoming episodes to fuel their alarming totally normal obsession. Prime Rewind: Inside The Boys will debut on August 28 with a look back at season one. The aftershow continues on September 4 to dive into each episode of Season 2 as it rolls out through the October 9 season finale. Prime Rewind: Inside The Boys is from Amazon Studios, Embassy Row and Sony Pictures Television and executive produced by Michael Davies, Aisha Tyler, Julia Cassidy, Eden Sutley and Jennifer Ryan. Streaming August 28

New in August – Available for Rental or Purchase on Prime Video