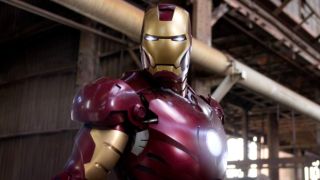 Asking how to watch Iron Man is like asking "How to enjoy sunshine." You just do it. Iron Man, released in 2008, is the first is what's now known as the Marvel Cinematic Universe. The MCU itself is made up of four phases. Iron Man kicked off Phase 1.

How to watch Iron Man on Disney+

The best way to watch Iron Man is on Disney+, which is the subscription streaming service that's now home to the MCU. You get the full Iron Man experience, in 4K ultra-high definition and in high dynamic range.

You also can watch Iron Man on Disney+ if you have the Disney+ Bundle, which includes ESPN+ and the basic Hulu service (with advertising for just $12.99 a month. That effectively gets you three streaming services for the price of two — and the entire MCU catalog along with it.

But Disney+ isn't the only way to watch Iron Man.

How to watch Iron Man: Everywhere else

The price may vary a little bit depending on your platform (and your country), but the end result is the same. You get to watch the original Iron Man.

Should you watch Iron Man on Disney+ or somewhere else?

Good question. If you're only going to watch Iron Man and no other MCU movies (or anything else on Disney+ for the matter) your best bet may be to do so on a platform that's not Disney+. You can rent Iron Man in 4K for as little as $3.99. Or purchase Iron Man in 4K for about $20.

But if there's any chance that you're going to watch at least three MCU movies — and there are three Iron Man movies in and of themselves — then you'll save money with a Disney+ subscription. You won't own the movies, but you'll be able to watch three movies and break even, and save money if you watch more than three.

Plus there's everything else that Disney+ has to offer.